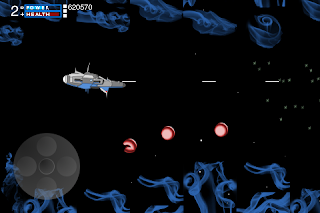 The Dark Lord Worvor Pidge has stolen the secret Mojimo and is escaping in Lowspace from the planet Urghks. Hunt Worvor Pidge down and shoot his spaceship, which is now protected by a Mojimo protection bubble. Mind his army of dangerous minions that will shoot you. If you eliminate a villain, you steel his super powers and you will win an additional life. 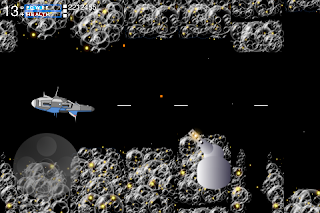 The full Lowspace version contains 60 new levels with additional enemies and all new additional areas of the Lowspace – a lot more fun!

Steer the starship with thumb on the joypad at the lower left corner. You can accelerate by moving the finger away from the center of the pad.

Touching tunnel borders with your spaceship, other starships or hits from enemy shots will steal your health. Gain points which will bring new life (3 squares on upper left corner). Low power requires more than one hit for aliens. Background sound can be switched on or off by touching upper left hand corner.

Be careful in the later levels. Stay off any border area, if you come too close and touch it even slightly, the spaceship will be damaged.

In the upper left corner head-up display you can see the level number, number of lives, power and health and your points.

Look here in iTunes for Lowspace. 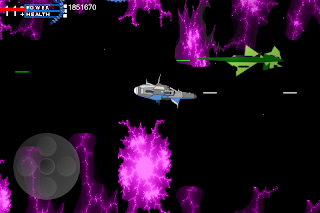 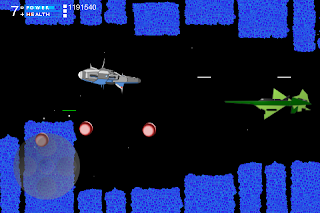